One of the European engines

France is a market with a moderate but constant growth and great perspectives on economic development, which benefits the high purchasing power of its citizens.

France is known as the cradle of luxury. It is the main market in Europe (with a share of around 5% of the world luxury market) and absolute worldwide leader of this luxury industry. The French headquarters of those luxury companies represent 25% of the total turnover of the sector worldwide!

It is a very centralist country and at the same time France covers 12 different timing zones, more than any other country of the world.

From a total population of 67 million inhabitants, 12 million are living in Paris. After Brexit, the city is aiming to be the leading European financial centre. In order to boost the economy, the city is undertaking the most ambitious infrastructure plan of the last 150 years: Le Grand Paris

It will expand and redesign the transport network, which will not only reactivate the growth of the region, but will have a great impact on the country’s development. Companies from all sectors are focused on this plan because of the enormous economic prospects and opportunites that will arise.

France is the linking country between Northern and Southern Europe, thanks to its strategic position and their links to their neighbour markets. It also has a very special relation with French-speaking African countries. (There are more French-speakers in Africa than in Europe!)

So any advertising campaign for covering all the territory is more than a big challenge!

The influence of TV advertising on consumption behaviour is particularly high. French population spend an average of 3 hours 50 minutes per day watching TV. Advertising in the press and magazines influences the consumer on its buying decision and provides him with information on special promotions.  But the most important data is that the consumption of digital media continues increasing: almost an average of 4 hours daily (mobile, computer and tablet)

Openlands offers a wide range of multimedia options with the highest coverage media for any type of target and segment: Groupe Marie Claire’s most prestigious women’s magazines, Team Media’s newspapers: Le Parisien and Les Echos with their supplements and the French public television of France Télévisions Publicité, offering different options of channels (national, regional and international). Our media combination makes us your best partner in France! 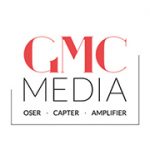 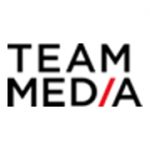 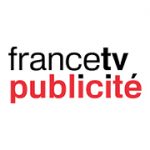