The Danish population has one of the highest income levels in the European Union. The Danish consumer therefore is one of most demanding in Europe. They are at the forefront as consumers of any technological devices.

The average Danish consumer has a very high purchasing power. Denmark enjoys a very high GDP despite being only a small nation in terms of population. Like other Scandinavian countries, they benefit from the highest level of infrastructure and from a highly qualified workforce. Despite high taxes, Denmark enjoys the best quality of life in the world.

Denmark ranks second in the advertising investment generated by Internet, according to the IAB (Interactive Advertising Bureau), ahead of Germany and France.

Television is the most important media, but TV advertising is very restricted. Danish laws forbid tv spots interrupting programs and can only be broadcasted in blocks between programs. Advertising has therefore a great presence in print media.

The EGMONT PUBLISHING group is one of the leaders in the Nordic countries and we represent their Danish brands within the Openlands portfolio. These titles are leaders in male and female upscale lifestyle, interior design, gastronomy, etc … 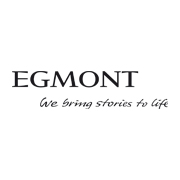